Talisay, officially the City of Talisay (Cebuano: Dakbayan sa Talisay; Tagalog: Lungsod ng Talisay), is a 3rd class component city in the province of Cebu, Philippines. According to the 2015 census, it has a population of 227,645 people.

Primarily a residential and trading center, Talisay lies within the Metro Cebu area. It is bordered to the north by Cebu City, to the west is the city of Toledo, to the east is the Cebu Strait, and to the south is the town of Minglanilla.

The name of Talisay is taken from the magtalisay tree which is abundant in the city.

Talisay was founded in 1648 as an estate owned by the Augustinians. In 1849 it was converted into a municipality.

During both the American colonial period and World War II, Talisay served as a haven of colonial military forces. The municipality served as the center of guerrilla intelligence operations for the Philippine resistance movement in Cebu during World War II. The returning U. S. liberation forces landed on the beaches of Talisay on 28 March 1945, and were helped together with the Philippine Commonwealth forces and the Cebuano guerrillas, an event that marked the eventual surrender of Japanese forces on Cebu. That day is now an official holiday in the province of Cebu.

In 2000 the municipality of Talisay was converted into a city through Republic Act No. 8979.[1] The municipality is now linked to Cebu City via the South Coastal Highway from Lawaan, opened in 2004. This brought some recent inward investment in the form of subdivisions, but some hastily planned plagued by problems. Conflict occurred between the residents of the mountain barangay of Maghaway and those of Crown Asia's Azienda Milan and Venezia subdivisions.

In 2017, Talisay City was the most densely populated city in the Cebu province. This ranking does not include highly urbanized cities: Cebu City, Lapu-Lapu, & Mandaue. There were 5,710 people living per square kilometer.

Cebuano is the predominant language of the inhabitants of the city (96%). 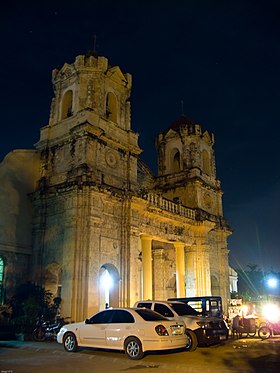 Talisay City has a Roman Catholic-majority population. It also has sizeable Protestant and non-Christian minorities.

Talisay remains an important center for the production of blasting caps used in dynamite.

Much of the commerce in Talisay takes place in the Tabunok area, where several public markets, strip malls and commercial establishments are situated. The biggest mall is Gaisano Grand Fiesta Mall Tabunok, which has a supermarket, department store and formerly, a cinema. However, much of the population still depend on the public markets, where they can find fresh meat, fish and vegetables, as well as other household needs. There are many sari-sari stores. Talisay City and the Tabunok area also serve as the commercial area for municipalities south of the city, being the southern gateway to Cebu City.

Talisay City, its citizens and its surrounding barangays have benefited from the construction of the South Road Properties project, which is a 6-lane coastal highway from downtown Cebu City to the town of Minglanilla, with several exits in between, many of which serve several areas of Talisay. Because of this highway, traffic, which has always been a problem for the inhabitants in the past few years for this area, has been greatly reduced, making the city a popular zone for housing once more, as it was in the early 70s and 80s.

Talisay City is considered as the "Lechon Capital of Cebu" and is considered as one of the two places to get the best of the best Lechon in Cebu, with the other place being Carcar City. Their roasted pig, which is nicknamed "Inasal", has put the town on the map. Because of their Lechon, the town decided to create a religious-cultural endeavor to promote Talisay City, which was "Halad Inasal Festival". The festival is in honor of St. Teresa of Avila, Talisay City's patron saint, and is highlighted by street dancing merged with a procession with roasted pig, which then culminates with a ritual showdown and a grand finale with a firework display.