It is the most populated city in Pangasinan and the entire Ilocos Region.

San Carlos City was already a prosperous community since pre-colonial times. It was formerly part of a town called "Binalatongan". Binalatongan was the capital of Luyag na Caboloan, an ancient kingdom, which includes the present-day provinces of Tarlac, Zambales, Nueva Ecija, La Union, Pangasinan, and Benguet) ruled by King Ari Kasikis. The name of Binalatongan was derived from the abundance of mongo (mung bean) plants along the San Juan riverbanks. During that time, Pangasinan traded with Japan, China and other Southeast Asian empires and national entities and enjoyed full independence and prosperity.

Caboloan is the name of the primitive Pangasinan dialect, of which its purest form was spoken by the natives of Binalatongan.

In 1718, Binalatongan was renamed (the Municipality [town] of) San Carlos.

On April 28, 2007, San Carlos City's former mayor, Julian V. Resuello, was assassinated during an event at the city's plaza. He later died after two days.[3] 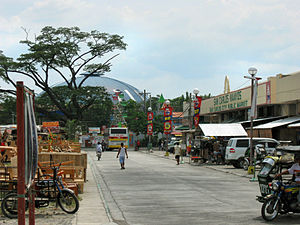 The city is also called the "Mango-Bamboo Capital of the Philippines", San Carlos has the largest number of mango trees - their fruits are among the most flavorsome in the country - and a thriving bamboocraft industry. An agro-industrial city, San Carlos also engages in livestock raising, crop production, inland fishing, pottery, food processing, tourism, commerce and trade, small-scale manufacturing, and flour-making. San Carlos is said to have an ideal investment potential because of its large land area, big population and strategic location, being in the center of Pangasinan. 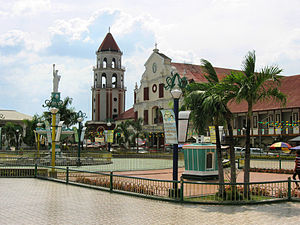 Interesting spots of the town include: