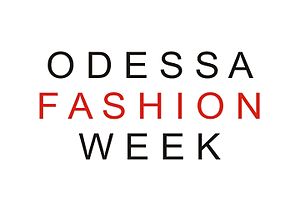 Overseas Filipino Workers or OFWs are Filipinos who are employed in foreign countries. They travel abroad to seek better opportunities in order to provide for the needs of their families in the Philippines. They are also known as "Overseas Contract Workers" (OCWs), since they work abroad through a contract of several years with their employer.

Their travel is a kind of adventure (pakikipagasapalaran) with many potential risks, such as high stress, loneliness and exploitation. They sacrifice to make a living and provide a better future for their families, who they are separated from for months or even years. OFWs usually come home during the Christmas holiday or as permitted in their contract in order to spend this special holiday with their loved ones, since Filipinos are known to be a family-centered society.

OFWs not only help their families to have better lives, but they also contribute to the improvement of the country's economic status. The money that they send has pulled up the economic status of the country with the overall dollar reserve. In recognition for the economic contributions they have brought to the country, OFWs are referred to as "Bagong Bayani ng Pilipinas" (National Heroes). It was President Corazon C. Aquino who first referred to these OFWs as heroes in a speech she gave in 1988 to a group of domestic helpers in Hong Kong. The Philippines also celebrates December as the Month of Overseas Filipino Workers.

In honor of their homecoming, therespect and tribute to the OFW's family often prepares a feast. The feast usually includes Filipino dishes especially those that are the OFW’s favorite. The family invites their neighbors and a huge celebration takes place. Since people with relatives working abroad are often assumed to be well-off financially, it becomes necessary for the family to throw a large celebration and invite the neighbors in order to save face.

Overseas Filipino Workers (OFWs) used to be more commonly referred to as Overseas Contract Workers (OCWs). The term OFWs was officially adopted under the President Fidel V. Ramos Administration to give recognition to millions of Filipinos who sacrifice by working in other countries. The change, replacing 'Contract' with 'Filipino' - honors these Filipino workers by pledging the Philippine government's commitment to their welfare wherever they may be, and removing the pre-condition of possession of contract in order for Philippine consulates to come to their aid, under the Migrant Workers and Overseas Filipinos Act of 1995 (Republic Act 8042).

OFWs work in North America, Europe, Australia and even in the other countries of Asia. As reported by the Commission on Filipinos Overseas in the year 2000, The Kingdom of Saudi Arabia, Taiwan, Hong Kong, Japan, and Italy were the top five countries of destination for overseas Filipino workers.