He has authored nine books, besides ten appearances in Harvard Business Review, on marketing and business-related topics. Other publications have appeared in Academy of Management Journal, Journal of Marketing, and Journal of Marketing Research. These publications have over 22,000 Google Scholar citations.[3] He is notable for proposing the culture of "3Vs": valued customer, value proposition and value network, explained in his book Marketing as Strategy: Understanding the CEO's Agenda for Driving Growth and Innovation.[4][5]

He has appeared on the lists of Thinkers50, World's Best B-School Professors, 50 Most Influential Business School Professors. [6] In 2011, he received the Global Village Award by Thinkers50 for the person who contributed most to the business community's understanding of globalization and the new frontiers established by emerging markets. In 2017, he was inducted into the Thinkers50 Hall of Fame for making a lasting and vital impact on how organisations are led and managed. [7] 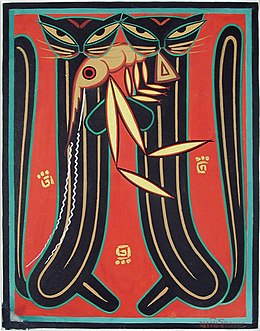 Nirmalya Kumar is an ardent supporter and patron of the Arts. He owns the largest collection of Jamini Roy Paintings outside of India [14] and is considered a specialist on the Bengal School of Art rebel artists, especially Jamini Roy, Hemen Mazumder and Rabindranath Tagore. Jamini Roy among them is considered to be father of Modern Indian Art.[15] He is Passionate about art, he supports exhibitions and publications through his Indian art collection. In 2013, he was recognized for his efforts on behalf of South Asian art with an Honorary Fellowship by SOAS University of London.[16][17]