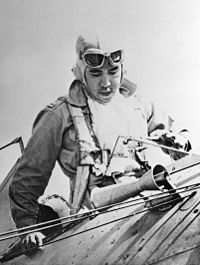 He was the son of Ignacio Villamor who was the first Filipino president of the University of the Philippines. He finished his primary and secondary education in his hometown in Abra, and later enrolled at De La Salle College in Manila where he took up a business course. But decided to shift to aviation.

In 1936, he joined the Philippine Army Air Corps Flying School, where he excelled and was chosen to be sent to the United States for an advance flight training. He graduated from U.S. Air Corps Flying School at Rudolph and Kelly Field, Texas, U.S.A., 1937 and the U.S. Air Force Technical School in Denver, Colorado, 1938. The young Villamor took part in the training of the U.S. Air Force's Strategic Bombing Squadron which uses the B-17 and B-22 bomber planes.

When he returned to the Philippines, he became the director of the Philippine Air Corps Fying School. Soon the WWII broke out, he was chosen to lead the 6th Pursuit Squadron with the rank of colonel. He and his squadron were onboard a P-26 Fighter engaged the Japanese Zeros in a dogfight after dogfight in Zablan and Batangas skies. But the Japanese proved to be superior in weapons than the Filipinos, but they fought with all their courage and skills.

After his unit were detroyed, he continued his fight over the Japanese invaders. On December 27, 1942, Villamor slipped through the Japanese Navy, he was aboard the submarine USS Gudgeon (SS-211). Where he established communication from the Philippines to Australia, where Gen, Douglas MacArthur is preparing his return in the Visayas. He was the coordinated the guerilla activities in Luzon, Visayas, Mindanao. He was the "clearing house" of all the information that helped in the strategy to liberate the Philippines.

In 1946, he was appointed director of the Bureau of Aeronotics, and assisted in the planning of the Manila International Airport, after it was built he became the director.

Received military decorations from the Philippine and the United States government for his wartime services and heroism. Among his merits were, Medal of Valor, the Distinguished Flying Cross and the Legion of Merit.