Cotabato, officially the Province of Cotabato and formerly known as North Cotabato (Hiligaynon: Aminhan Cotabato; Cebuano: Amihanang Cotabato; Maguindanaon: Pangutaran Kutawatu; Ilocano: Amianan nga Cotabato; Filipino: Hilagang Cotabato), is a landlocked province in the Philippines located in the Soccsksargen region in Mindanao. Its capital is the city of Kidapawan. Some of its barangays are under the jurisdiction of the nearby Bangsamoro Autonomous Region. 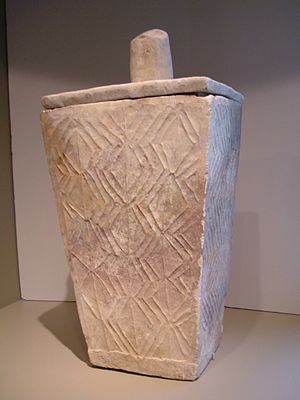 Islam was introduced in this part of the country in the later part of the 15th century by Sharif Mohammed Kabungsuwan, an Arabo-Malay Muslim warrior-missionary. Sharif Kabungsuwan invaded Malabang in 1475, facing armed resistance from the non-Muslim natives, nevertheless successfully vanquishing and subjugating them to his (Islamic) rule through the might of his Samal warriors.[1]

Modern historians have pointed to the Cotabato delta as the medieval location of Toupo, the successor of the Maguindanao/Cotabato Sultanate.[2]

Christianity was introduced in 1596, but the Spaniards were unable to penetrate into the region until the second half of the 19th century. The district of Cotabato was formed in 1860,[3] covering the areas of what is now Cotabato, Maguindanao and Sultan Kudarat provinces with its capital at Tamontaka. Fort Pikit was established by the Spaniards in 1893 as they continued their conquest of the remnants of Maguindanao Sultanate, which would soon be the site of one of the province's oldest towns, Pikit.

The coming of the Americans ushered in the creation of the Moro Province on July 15, 1903, through Act No. 787 of the Philippine Commission. Cotabato, covering what are now the provinces of Cotabato, Maguindanao, Sultan Kudarat, South Cotabato and Sarangani, became a district of the huge Moro province. During the American period, large companies were established in Cotabato to exploit the vast timber resources of the region. By the 1930s, settlers from Luzon and Visayas established homesteads in Cotabato.

The pace of settlement in the region accelerated in the 1950s and 1960s. The former province of Cotabato was once the largest in the Philippines. In 1966, South Cotabato was created as a separate province.[4]

Mindanao, including Cotabato, was relatively peaceful in the 1950s and the mid-1960s. While there were some ethnic tensions, there was essentially no presence of secessionists groups in Mindanao yet.[5]

The relative peace of the postwar era began to change in the last years of President Ferdinand Marcos' first term, when news about the Jabidah massacre ignited a furor in the Moro community, and ethnic tensions encouraged with the formation of secessionist movements.[6] None of these groups had enough followers to form a viable opposition until Marcos declared Martial Law,[7] but when political parties were dissolved upon the proclamation of Martial Law in September 1972, it became easy for the armed secessionist group known as the Moro National Liberation Front to consolidate power, and the decades-long Moro conflict began in earnest.[8]

One major event of Martial law which took place in Cotabato was the Manili massacre, which saw the mass murder of 70[9] to 79[10] Moros, including women and children, committed in a mosque in Manili, Carmen, North Cotabato, Philippines on June 19, 1971.[11] The Muslim residents of the town had gathered in their mosque to participate in a supposed peace talk with Christian groups when a group of armed men suspected to be part of the Ilaga militant group[9] opened fire on them.[11]

On November 22, 1973, through Presidential Decree No. 341, what remained of the old Cotabato was further divided into the provinces of North Cotabato, Maguindanao, and Sultan Kudarat.[12] North Cotabato was later renamed Cotabato through Batas Pambansa Blg. 660 approved on March 7, 1984.[13]

In 1992, the province of Sarangani was formed out of South Cotabato.[14]

Cotabato now comprises the capital city of Kidapawan and 17 municipalities.

By the aftermath of the plebiscite to form the autonomous administrative region of Bangsamoro in February 2019, 63 barangays from Cotabato's western municipalities, all of which inhabited mostly by Muslim natives, opted to join the newly-formed region.[15] This will result in the reduction of the number of barangays the province currently administers after the national midterm elections on 13 May 2019.[16]

Cotabato covers a total area of 9,008.90 square kilometres (3,478.36 sq mi) occupying the northeastern tip of Region XII and is centrally located in Mindanao. It is bounded on the north by the provinces of Lanao del Sur and Bukidnon, on the east by Davao City and Davao del Norte, on the west by Maguindanao and on the southeast by Sultan Kudarat and Davao del Sur.

Cotabato is strategically linked to the major "Arterial Road System" that traverses and connects the province to Davao City - Soccsksargen - Cotabato Corridor. The Cotabato via Kabacan - Maramag - Kibawe, Bukidnon Sayre Highway meanwhile serves as its link to the Cagayan de Oro-Iligan City Corridor.

Cotabato stretches from the east at Mount Apo, which separates it from Davao, to the Piapayungan Range on its boundary with Lanao in the west.[17] Between these highlands is the basin of the Pulangi River or Rio Grande de Mindanao,[17] the second longest in the Philippines at 373 kilometres (232 mi), which rises in Bukidnon and flows south to Maguindanao and Illana Bay. The province's fertile plains are traversed by tributaries of this great river.

Typhoons do not pass through Cotabato and rainfall is evenly distributed throughout the year.[17]

Cotabato comprises 17 municipalities and one city.

Future reduction due to the establishment of the Bangsamoro

During the 2001 Referendum for inclusion to the Autonomous Region in Muslin Mindanao, 2 out of 28 barangays of Carmen, Cotabato chose to be part of ARMM, but were excluded because they are not connected to the main region of ARMM. During 2010-2016 Administration, the Bangsamoro ideal sprouted and a newly proposed region was in the making. According to the agreements signed by the Moro Islamic Liberation Front and the Administration of Noynoy Aquino, Carmen will be included in Bangsamoro because of the two out of twenty-eight barangays that voted in favor of joining the Muslim region back in 2001. Unfortunately, Bangsamoro was not implemented before the term of Aquino ended. Despite this, the current administration aims to establish a Federal Government, where Bangamoro will be realized into a State of the Philippines wherein Carmen will be included in Bangsamoro.

Plans to establish a new municipality in the south of Carmen so that the indigenous and Christian central and northern part of Carmen will be retained in North Cotabato has yet to be confirmed. The idea arose because once the entire municipality of Carmen is included in Bangsamoro, the province of North Cotabato will be cut into half, leaving three towns (Banisilan, Alamada, and Libungan) at its west without connection to the center of North Cotabato, isolating these towns in the process.

The issue was partially resolved when the second part of the plebiscite was conducted on 6 February 2019, when 63 barangay from the towns of Pigkawayan, Libungan, Midsayap, Aleosan, Carmen, Banisilan and Pikit opted to join the new administrative autonomous region of Bangsamoro after the results of the region's formation plebiscite were confirmed three days later on 9 February.[15] However, these barangays are only to join the adjacent province of Maguindanao as parts of the said province's nearby and respective municipalities or to cluster on their own as new municipalities within the said province after the national midterm elections on 13 May 2019, and only then would the size and population of Cotabato province would truly diminish as the leaving barangays would no longer officially be parts of the province.[16]

Cotabato is an ethnoliguistically diverse province. The first Visayan settlers reached the town of Pikit in 1913, and since then, Christian migrants have moved and lived in Cotabato, cohabitating the province with the local indigenous groups. 71% of Cotabato's population descended from settlers who migrated from the Visayas and Luzon, while the remaining 18% belong to the communities of Magindanaons, Iranuns, Ilianens, Dulangan Manobo, Obo, Tagabawa, and Tboli. The major languages spoken are Hiligaynon (46%), Maguindanao (38%), Cebuano (8%), and Ilocano (4%).[17]

Cotabato is considered a major food basket in Mindanao. It is a top producer of cereals, tropical fruits, vegetables, sugarcane, coconut, coffee, freshwater fish and livestock.

It is also one of the country's leading producers of raw and semi-processed rubber and industrial trees,[23] with markets in Asia and Europe.

Among its major natural assets are Mt. Apo, the country's highest peak at Template:Convert above sea level, the Pulangi River which is a major contributor to Mindanao's irrigation system and hydro-electric energy, and the vast Liguasan Marsh which not only supplies a bounty of freshwater fish and organic fertilizer but considered as a possible source as well of natural gas.

Power utility in the province comes from two energy sources - the NAPOCOR Agus Grid in Iligan transmitted through its Tacurong Substations and the Mindanao 1 Geothermal Power Plant at the foot of Mt. Apo in Ilomavis, Kidapawan City which produces 97 megawatts of electricity. Power distribution is handled by Cotabato Electric Cooperative, Inc. (COTELCO).

The province has a 4,131.32-kilometre (2,567.08 mi) road network connecting the major centers to each other and the outlying barangays, and communication linkage through NDD-IDD, fax, cellular phone and the internet is available.

President Benigno Aquino III signed the law dividing to new 3 legislative district of Cotabato on September 14, 2012. The representative shall continue to serve until next national election.[24]