Andrés Pardo de Tavera Luna (September 9, 1887 – January 22, 1952) was a Filipino architect who built the first air-conditioned building in the Philippines, the Crystal Arcade one of the popular tenant of Manila Stock Exchange (previous site of Paseo de Escolta) Building (now present site of City College of Manila-Escolta Building, demolished in 2016) that was once located on No. 71 Escolta Street, Binondo, Manila. He was assigned as the city architect of the City of Manila from 1920 to 1924. His designs were modernist. Some of them were lost during World War II.Template:R 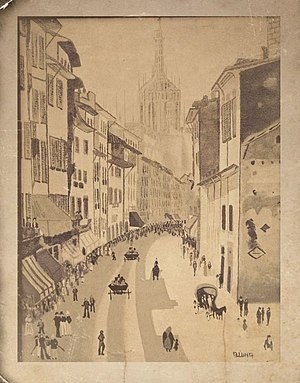 Andres Pardo de Tavera Luna was born on September 9, 1887, in Paris, France. His parents are Juan N. Luna and Mari Paz Pardo de Tavera-Luna. He grew up in Paris until he was six years old, when his father committed a crime of passion on September 22, 1892. He left with his father after he was acquitted by a French court in February 1893. After spending six months in Barcelona and Paris, they traveled by boat along with his uncle, Gen. Antonio N. Luna to Manila on May 24, 1894.

Luna was taught art lessons by Miguel Zaragoza, and subsequently Ramon Santa Coloma and Lorenzo Guerrero. At Japan, he studied ceramics, followed by studying architecture at the International Correspondence School, where he earned his diploma in 1911. Later while he stayed at France, he studied at the École des Beaux-Arts.Template:RTemplate:R Upon return to the Philippines, he served as the architect of the City of Manila from 1920 to 1924.Template:R In 1938, he became member of the Manila Beautiful Committee which was created for the beautification of the city.Template:R Throughout his career, Luna gained recognition of his works, including the St. Louis Exposition and the Philippine Institute of Architects.Template:R

He died on January 22, 1952 at the age of 64. He was survived by his American wife, Grace, who later migrated back to the United States after his death.Template:RTemplate:R